In his yearly letter to shareholders – Warren Buffet has devoted a full section on the mortgage operation of Clayton Homes. He does that to discuss the causes and lessons from the current housing and financial crisis.

This is the same thing that happened in the rest of the housing industry.

The really interesting thing about Clayton is the profile of its 198,888 borrowers and their low default rates. The median FICO Credit Score of a Clayton borrower is 644, compared to 723, which is the National Median FICO Credit score. Not only this, about 35% of these borrowers are below the sub-prime mark (a score of 620). 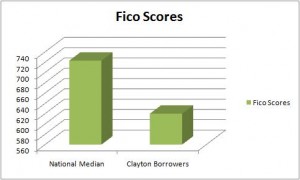 In spite of this, the delinquency rate on loans was 3.6%, up from 2.9% in 2006, but, still, significantly lower than what the industry is seeing. 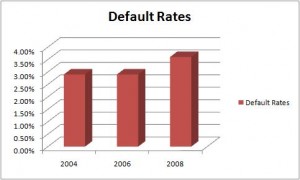 The point that Buffet makes is that people with modest incomes are doing much better than people with much higher credit scores, when it comes to mortgage defaults.

The key is that people who borrowed from Clayton:

In his own words Buffet says:

“Commentary about the current housing crisis often ignores the crucial fact that most foreclosures do not occur because a house is worth less than its mortgage (so-called â€œupside-downâ€ loans). Rather, foreclosures take place because borrowers canâ€™t pay the monthly payment that they agreed to pay. Homeowners who have made a meaningful down-payment â€“ derived from savings and not from other borrowing â€“ seldom walk away from a primary residence simply because its value today is less than the mortgage. Instead, they walk when they canâ€™t make the monthly payments.”

This is really simple and insightful – people who bought homes to flip homes and make a quick buckÂ  often ended up in trouble. On the other hand, people who wanted to buy a home to live in it, and for whom price appreciation was not the major influence in their decision – were better off.

The other lesson inÂ  this is that when people start buying assets in order to sell them at a higher price to a “greater fool” a bubble is formed. Although it is too early to call it a bubble – gold prices have been going through the roof, and that seems to be where the next bubble is forming. A lot of people are buying gold, to sell it at a higher price, and not for jewelery, which is its more common use.