I have never taken decoupling seriously because of what normally happens during crashes. Here is a chart that illustrates it well. 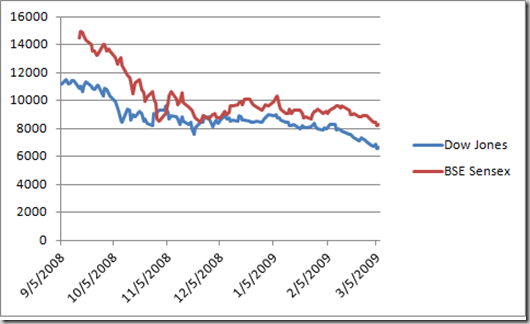 When one major stock market falls, every other market in the world follows it. It can be the US, China or London or whatever.

When things are going good for emerging economies, people talk of decoupling and how domestic growth rates have insulated an economy from the international markets, and they make all sorts of other positive noises, but when things start going south â€“ everything falls in tandem, and it feels like no one will be spared.

That is the reason I never took decoupling seriously, but today I read an awesome post by Sandip Sabharwal, and in it he talks about decoupling in a way I had never thought about earlier, and his way is perhaps the best way of thinking about decoupling.

Let me show you how this looks in a graph. 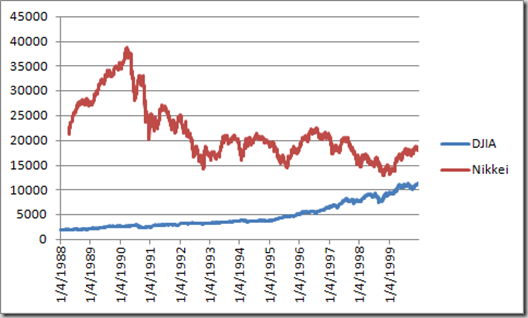 Essentially, he states that decoupling takes longer to show and while markets move together in the shorter run, in the long run, different markets move differently based on their own dynamics.

This was a very good post, and you should read the whole thing here.

3 thoughts on “Decoupling is evident in the long run”