Selling Puts and collecting premiums is being touted as collecting free money at quite a few places online. I first came across this concept when the Canadian Capitalist wrote about it — showing how wrong it is.

It took me quite some time to understand why some people think that this is free money because the reason is quite absurd.

When you buy a Put — you buy the right to sell something at a certain price and date. That means when you sell a Put — you are obliged to buy that asset at a particular price.

Let’s say that you have an island in Fiji, which has a going rate ofÂ  3.5 million dollars. I think that at 3 million dollars — this island is a steal.

After one year, one of the following things could happen: 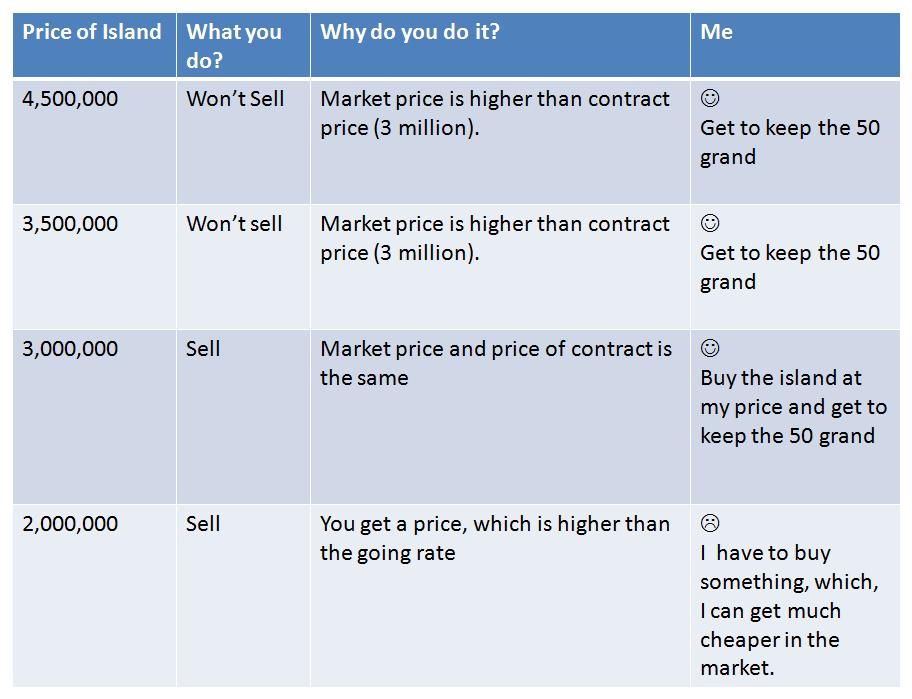 For lack of a better term: the “free money proponents” say that even if I had to buy a 2 million dollar island at 3 million dollars that is okay because that’s what I thought it was worth one year ago.

That’s like saying: when AIG was trading at 50 dollars about an year ago — I thought it is a steal at 40 dollars, so even if the stock is trading at 40 cents today — I won’t mind it at 40 dollars.

Sounds pretty absurd to me.