The Indian Rupee will have a symbol soon, and it will be one of the options shown below. 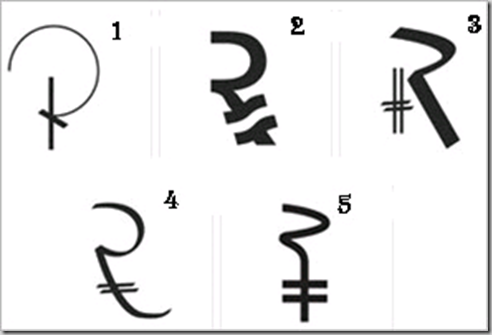 Per NDTV The symbol is the Hindi letter Ra with two lines.  I love the idea that the Rupee is going to have a symbol, and personally I like number 4 the most in this lot. NDTV had a voting feature and I saw that number 4 was in fact the most popular among their users as well. The symbol is expected to be finalized  on Thursday, and all new notes will bear the symbol.

5 thoughts on “Rupee to get its own symbol”