The Economist published a cheekily titled article – â€œHello Americaâ€ a few days ago. It showed a graph of the history of world GDP, and showed the share of different countries over a very long timeline.

I was a little surprised to see that China and India had so much of the global share for such a long time, but didnâ€™t give it much thought because these are absolute numbers, and I felt what would have really been interesting would be a comparison of per capita GDP.

I had quite forgotten about it, but today I saw Econompic Data publish such a chart. 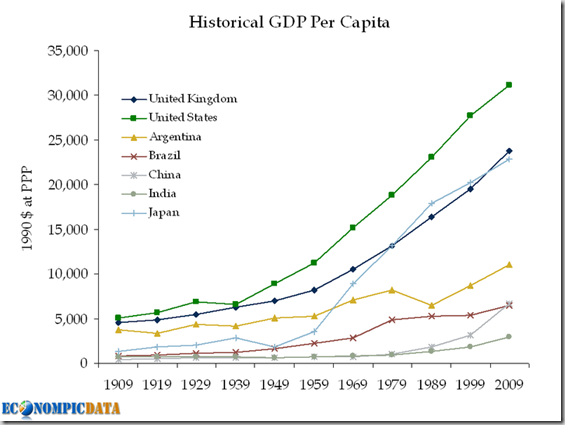 Look at those US, UK and Japan lines go â€“ amazing right? Funny thing is that US is not even in the top 5 countries when it comes to per capita GDP.

Here is another chart I made from 2009 World Bank data (Wikipedia) that shows the per capita GDP of some of the top regions. 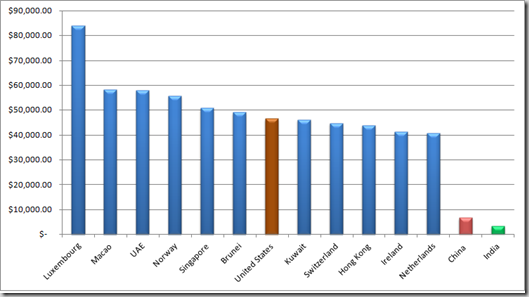 I was expecting to see Finland there somewhere, only because they made broadband a legal right some days ago!, but they are at 21 in this list.

3 thoughts on “Which country has the highest per capita GDP?”