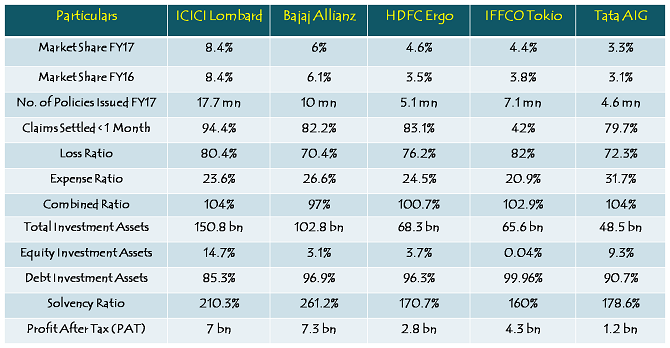 (Note: Figures are in Rs. Crore, except per share data, figures in millions/billions & percentage figures)

The company has around Rs. 150.8 billion in investment assets, out of which 14.7% is equity investments, both of which are highest among all of the non-life private insurance companies. As the “Combined Ratio” of ICICI Lombard is more than 100%, the company earns its profits by making these equity and debt investments. In a falling interest rate environment and bullish stock markets scenario, it is working well in favour of the company.

Loss Ratio – Loss ratio is the ratio of the claims incurred, net to the Net Earned Premium (NEP). 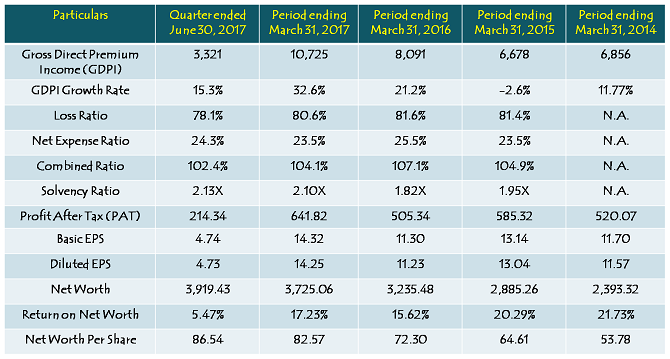 What disturbs me more than anything else is the steep premium the company is seeking in this IPO as compared to the transaction carried out in May 2017 with the selling shareholder being the same. Fairfax sold its 12.18% stake in ICICI Lombard in May 2017 for Rs. 2,473 crore, which valued it at Rs. 450 a share. Now, in less than 4 months’ time, what fundamental changes have been carried out in the company to seek a 47% premium from the common investors?

I think it is highly unreasonable to seek such a steep premium in such a short period of time and probably the biggest reason for me to avoid this unreasonably expensive issue. Exuberance might help ICICI Lombard to have some listing gains, but then there is no way this investment could be a multibagger for its investors. I would advise my clients to avoid this issue at these valuations.