As you would probably expect, a lot more is spent on sustaining the country than is spent on improving it.

First, let’s take a look at the break up between the Plan and Non Plan Expenditure.

Here is a pie chart that shows how this breaks out. 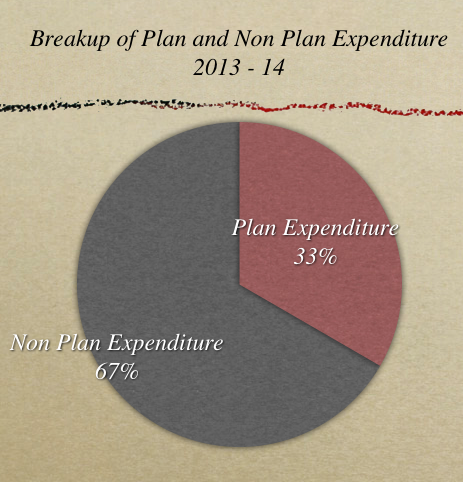 Now let’s take a look at the break up of the non major expenditure items.

Here is a pie chart that shows the breakup of these numbers. 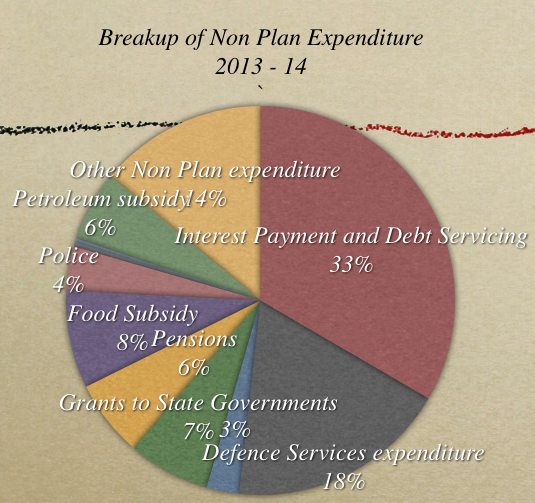 For those who are not familiar with this, the biggest surprise will be how much we spend on interest payments, and the as you saw yesterday, the borrowing keeps rising and so the interest payment will have to go up as well.

Subsidies are another interesting item because it shows the strain on government finances, and even if you get something for less than the market price, ultimately you will have to pay for it.

Now, let’s take a look at the major heads of Plan Expenditure.

Here is a pie chart that shows the breakup of all these expenses. 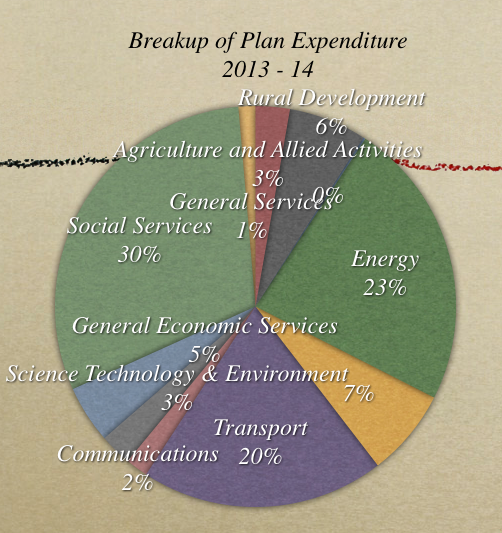 18 thoughts on “2013 Budget – Where does the government spend your money?”